‘There’s A Third Coen Brother Whose Only Job Is To Make Sure Everybody Has Sunscreen On’: 5 Questions With Frances McDormand 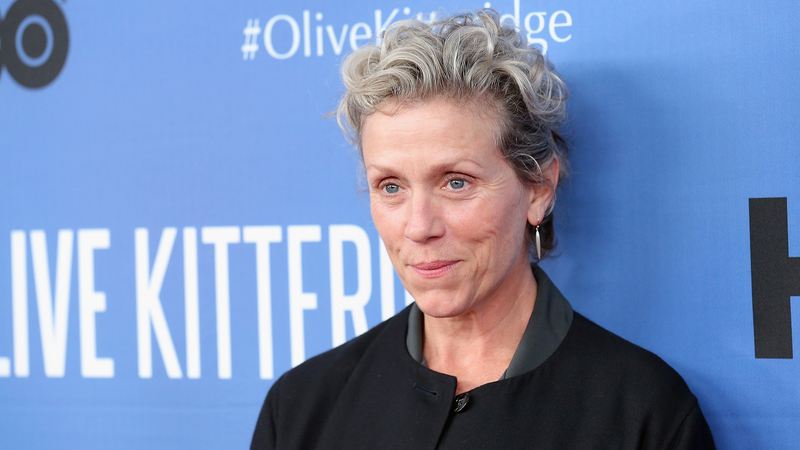 After making a splash with her Oscar win for Fargo in 1996, Frances McDormand vowed only to take projects that she felt genuinely attracted to, including starring roles on Broadway, a handful of Coen brother movies, and now Three Billboards Outside Ebbing, Missouri. On the heels of her fifth Oscar nomination, the actress sat down with us to discuss her life, career, and views on the future.

1. You’re one of the few performers to achieve the Triple Crown of Acting, which includes an Oscar, an Emmy, and a Golden Globe. How important are awards to you?

While I never try to win awards, I think they’re great because they’re very heavy and absolutely perfect for throwing at the large squirrel that’s been chewing on my gutters. Later today, in fact, I’m planning on using them instead of bowling balls when I go bowling. After that maybe I’ll run them over with my car like I do every day at 7.

2. You’ve starred in many acclaimed films directed by your husband, Joel Coen, and his brother Ethan. What do you think makes their directing so successful?

Ethan and Joel are definitely incredible filmmakers, but the secret to their success lies in the third Coen brother, whose only job is to make sure everybody on set has enough sunscreen on. Without him, they’d be nothing.

3. Even so, you’ve appeared in over six Coen brothers films. What keeps you coming back?

Well, I’m married to Joel, so it saves us some money on gas if we can carpool to work.

4. What did you think when you first read the screenplay for Three Billboards Outside Ebbing, Missouri?

To be honest, I didn’t get it at first. But then, the film’s director, Martin McDonagh, explained to me that buying billboards is just something they do in Ireland. Apparently, the Irish countryside is filled with billboards that say things like “HELP, MY KITCHEN’S ON FIRE” and “HELLO, POLICE? I THINK I HEAR A PROWLER.” After he explained that, the whole script came together.

5. Are there any projects you passed on that you now regret?

Yes. In 1974 the Symbionese Liberation Army asked if they could kidnap and brainwash me into robbing a bank. I passed, deciding to book a commercial for Woolworths instead. Let’s just say that it’s not a mistake I’ll make again.