‘They Call Me Madame Vacuum’: 5 Questions With Julie Andrews 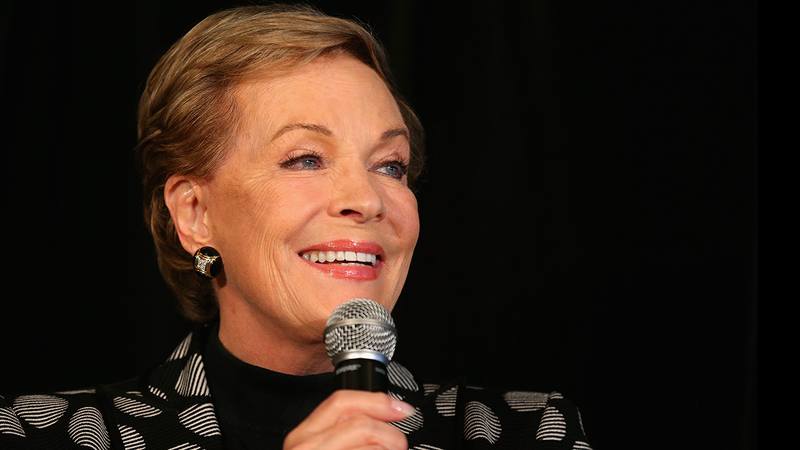 From the West End to Broadway to the silver screen, Julie Andrews has enchanted and delighted audiences for nearly 70 years. We asked the acting legend five questions, and her answers will blow you away.

When I was 8 years old, I was the key witness in a contentious murder trial. The lawyer for the defense offered me £50 to lie on the stand, which was pretty good money for a kid! I caught the acting bug that day and haven’t stopped lying for cash since.

2. The movie Mary Poppins gave you your big break. What was the audition process like?

When I was 25, I wrote a beautiful song that inspired me never to give up. It goes like this:

I’ve sung it for every single audition, and never not gotten the part!

I’d love to play someone who’s incredibly sticky from sweating maple syrup all the time. This person’s socks would stick to her feet, and it would be nearly impossible for her to take off gloves if she ever put them on. She’d leave a thick trail of syrup behind her like a slug, and street dogs would probably follow her around all the time trying to lick it up.

5. Over the course of your decades-long acting career, you’ve gotten to work with many talented actors. Who do you still hope to collaborate with?

I’d love to work on a film with Dakota Fanning’s great-granddaughter. I’m a huge fan of Dakota Fanning’s work, but I know that I will never be good enough to act alongside her. However, if I had 80 more years to continue to practice, I bet I’d finally be good enough to hold my own next to her progeny a few generations down the line. Dakota, if you’re reading this: Get married!