‘They Took All The Best Songs And Put Them On A Single Awesome CD!’: Pitchfork Has Awarded A Rare Perfect 10 Review To ‘Now That’s What I Call Music! Volume 71’ 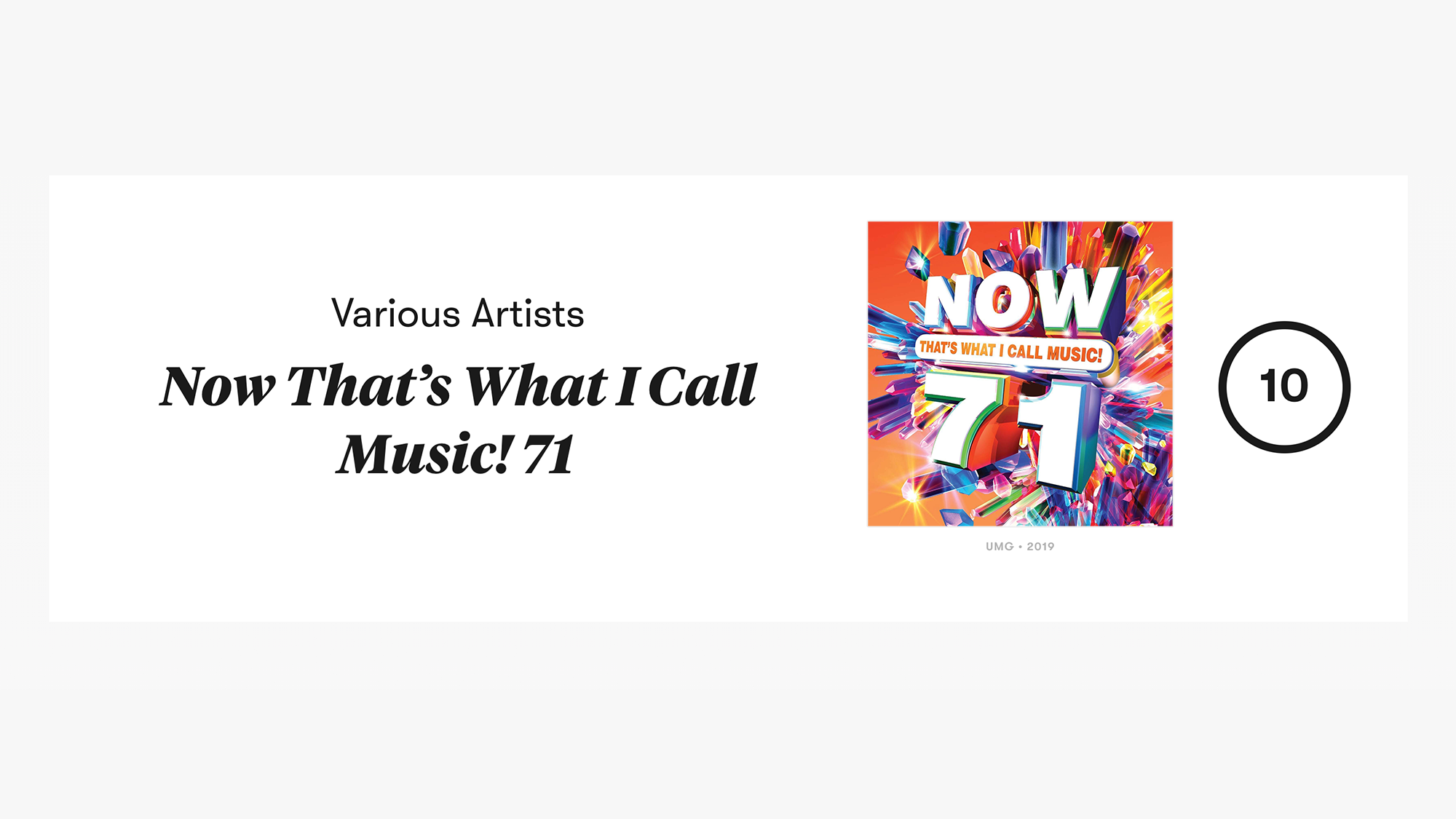 A Pitchfork perfect 10. This rare, and prestigious distinction has only been awarded a scant 11 times in the music magazine’s 24-year history. Today, though, a new album will join the ranks of “Abbey Road” and “My Beautiful Dark Twisted Fantasy”: Pitchfork has just awarded a rare 10/10 review to “Now That’s What I Call Music! Volume 71!”

This is huge. What a groundbreaking moment for “Now!”

In a post published earlier today, music critic Neil Dyer gave an absolutely glowing review of the album, saying “‘Now! 71’ is an unbelievable, hit-after-hit triumph,” and calling the combination of Lizzo, Ariana Grande, and Lil Nas X “the most epic listening experience you could possibly imagine.” Dryer, who has worked in music journalism for decades, was blown away, and wrote that he’d never heard an album that “took all the main songs you’d want to hear and put them in one place. We’re talking the Jonas Brothers, then Shawn Mendes, THEN Ariana Grande—the only way I can describe it is absolutely astonishing.”

Whoa. Are Prince and David Bowie seeing this from Heaven? Because “Now 71!” is gunning for their spots.

Also, this review was gushing from top to bottom. After praising every song, Dyer even said the eye-popping cover design, which features images of multicolored jewels, “perfectly represents the incredible musical treasures contained within.” And then, he added that “Now! 71” was likely in contention for Pitchfork’s #1 album of the decade, as it “sounds way, way better than pretty much anything else—seriously, it has no lame or boring songs on it whatsoever.”

Well, this is nothing short of huge for the producers of “Now! 71.” A review like this on Pitchfork is likely to catapult the album into the pantheon of great American musical works. Be on the lookout for the next “Now!” album, because the people behind it clearly have the potential to make truly groundbreaking music.