This Is The Fourth Movie Where Natalie Portman Plays Jackie Kennedy: Everything You Need To Know About ‘Annihilation’ 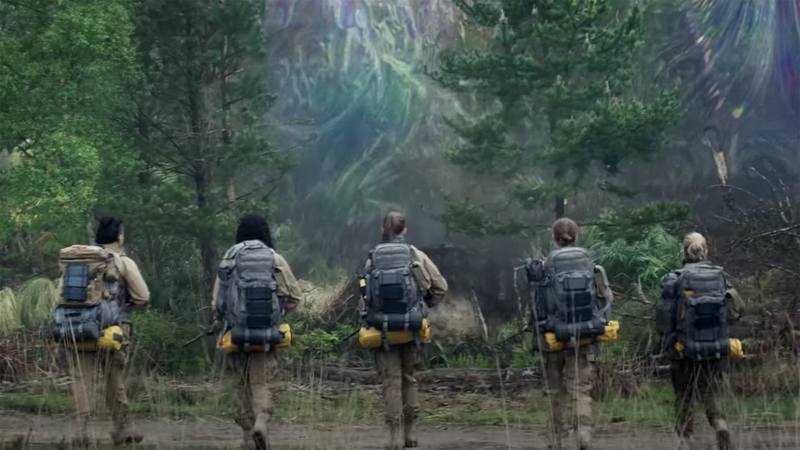 Since it hit theaters last month, Alex Garland’s science-fiction film ‘Annihilation’ has quickly garnered itself a reputation as a beautiful, terrifying movie unlike anything else out right now. If you were thinking of checking out this mind-bending sci-fi thriller, here’s everything you need to know about ‘Annihilation’ before you buy your ticket.

1. The movie is an adaptation of Jeff VanderMeer’s novel of the same name, which was originally set to be made into a series of dioramas until producers found out they could make a lot more money by turning it into a movie.

2. The original Annihilation novel was such a commercial and critical success that Jeff VanderMeer’s wife let him eat a whole bottle of honey as a reward.

3. Annihilation stars Natalie Portman, in her fourth film in which she portrays Jackie Kennedy.

4. The film has generated a fair amount of buzz for its wide variety of bizarre mutant creatures, including a snake that automatically marries anyone who looks at it, a kangaroo who turns her pouch inside-out and it’s actually sexy, and a cat who is so soft that it’s gross.

5. Natalie Portman was initially reluctant to accept the lead role in Annihilation, but when she heard it was being shot in Tallahassee she realized she couldn’t resist a free trip to northern Florida.

6. Much of the film takes place in a mystifying region known as the “Shimmer,” a place of mystery and terror whose mind-altering effects leave all who enter it with no memories except for a vivid recollection of Eddie Murphy bringing the house down in front of a crowd of thousands in his legendary special Raw.

7. Director Alex Garland cut an unprecedented deal with Netflix to make the film available for streaming 10 days after theatrical release in exchange for putting a video of him waving and smiling in a nice suit in the website’s romance category.

8. Annihilation was the first movie in Sundance Film Festival history to get six separate standing ovations—the first for its depiction of a scary alligator, and the next five for different moments when the audience remembered the scary alligator from earlier in the film and couldn’t help bursting into applause.