Disappointing: This ‘Teenage Mutant Ninja Turtles’ Superfan Left 4 Turtles In The Sewer, And While They Did Mutate, Learn Martial Arts, And Befriend A Large Rat, They Are Ambivalent Towards Pizza And Speak Like Southern Dandies 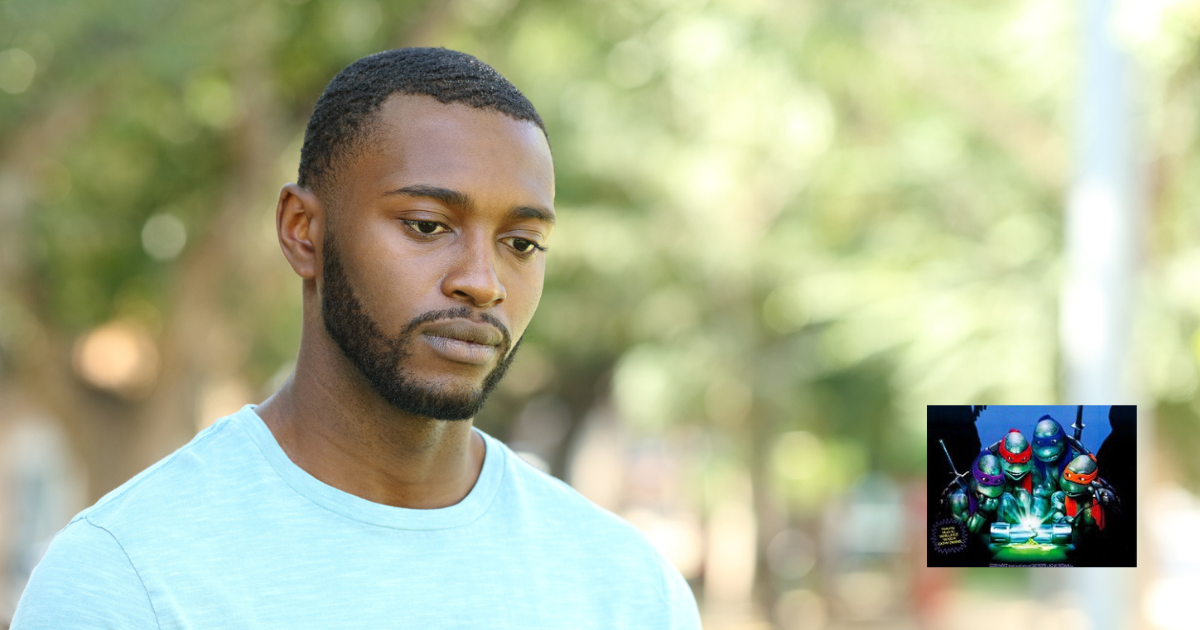 If you grew up loving Teenage Mutant Ninja Turtles, be thankful you aren’t this New York City resident, who just had the biggest letdown a TMNT fan could possibly experience: This TMNT superfan left four turtles in the sewer, and while they did mutate, learn martial arts, and befriend a large rat, they are ambivalent towards pizza and speak like southern dandies.

God, that’s disappointing. If crime-fighting turtles speak like refined southern gentlemen and have mixed feelings about pizza, it just isn’t the same as the real thing, is it?

Mark Harris, 31, an avid collector of all things TMNT since childhood, had taken his Ninja Turtles fandom to the next level: he attempted to create real-life versions of Leonardo, Michaelangelo, Raphael, and Donatello by dropping four turtles into an open manhole in downtown Manhattan. The next day, to his utter joy, four humanoid turtles emerged from a sewer grate brandishing Japanese weaponry, followed by a gigantic, 6’0 tall rat who Mark assumed was none other than their sensei Splinter. However, Mark’s excitement was cut short when the turtles began speaking in fanciful southern drawls as they equivocated over the pizzas he’d brought them, instead of shouting “Cowabunga!” and scarfing down entire slices whole like he thought they would.

“I do declare, I feel deeply conflicted in regards to the tomato and cheese delicacies that you have so considerately offered for our consumption, for as good as they may taste and as hungry as I am, they can indeed burn the tongue if consumed at too a high a temperature, a suffering I have no desire to experience—though, perhaps our rodential guest would care for some savory pie?” said Leonardo, using one of his katanas to gesture to the massive rat that had followed them out of the sewer, while fanning himself with the other katana. “Heavens, pizza in this Northern heat? Why, a mint julep would make this Ninja Turtle as happy as a hog in a wallow, far more than pizza would. I must be the most parched crime-fighting turtle this side of the Mason-Dixon, if I do say so myself!”

Mark was barely able to hide his disappointment when all the other turtles expressed similarly conflicted feelings about the four extra large pizzas he was holding, especially when he realized there wasn’t a single surfer-dude accent among them. To make matters worse, the rat who’d followed them out of the sewer didn’t speak any English at all, appearing to be a regular city rat with abnormally large proportions, and not at all a wise father figure who mentored the turtles in Ninjutsu.

“Now, now, now, your hospitality is unmatched, Mr. Mark, but we’d be remiss not to inform you that a pizza is as useful to us as tits on a bull, for on the subject of that confection, we are decidedly in a quandary as to whether it would delight us to eat it!” said Donatello, just before rapping his bo staff against a garbage can that Splinter was ravenously eating out of. “Oh, my dear rat gentleman, do recover your manners: introduce yourself instead of hen-pecking on refuse! Mr. Mark, you’ll have to excuse our friend’s Yankee manners. All our sewer-dwelling has us positively green around the gills, as we’ve been ridden hard and put wet practicing our martial artistries underground, is all, I assure you.”

At this moment, Mark began to chalk up his attempt to make real Ninja Turtles as a failure. However, his hopes were briefly raised when a mugging occurred down the street and a masked burglar sprinted directly past the Ninja Turtles with an old woman’s purse. However, these hopes were swiftly dashed once more when Mark suggested the turtles use their martial arts skills to stop the robber.

“Bless your idealist heart, Mr. Mark, but I must proclaim that this old turtle is worn slap out from today’s nunchuck-ery, and in no disposition to participate in more crime-fighting hullabaloo—that is, unless the reward is a dance with the Governor’s daughter, that Georgia peach. Oh, but just one waltz with her at the debutante ball would make me the most contented ninja turtle in all of Dixie!” Michaelangelo said to Mark as the mugger disappeared down the street. An increasingly bummed-out Mark began to walk away, kicking himself for daring to think that his favorite fictional characters could ever become a reality. “Mr. Mark, before you fetch your buggy back home, could you kindly direct us to the nearest riverboat casino? Us ninja turtles and our rat companion are fixin’ to play Bourrè!”

We can’t blame Mark if he loses some of his enthusiasm for TMNT after a letdown like this.

Ninja Turtle fans everywhere can understand how disappointing this must be for a fanatic like Mark. It’s every TMNT’s dream to hang out with crime-fighting ninja turtles in real life, so to finally get the chance, only to hear them speak like Old South dandies and display complete impartiality towards pizza has got to be a real kick in the gut for him. Poor guy! Here’s hoping the next time he tries to create ninja turtles, they’re a little more similar to the iconic characters we know and love!