Give It Up For The King Of Fantasy: George R.R. Martin Just Announced That Instead Of Finishing The Game Of Thrones Books He’s Just Gonna Stay Rich AF And Let These Broke Boys Worry About Dragons 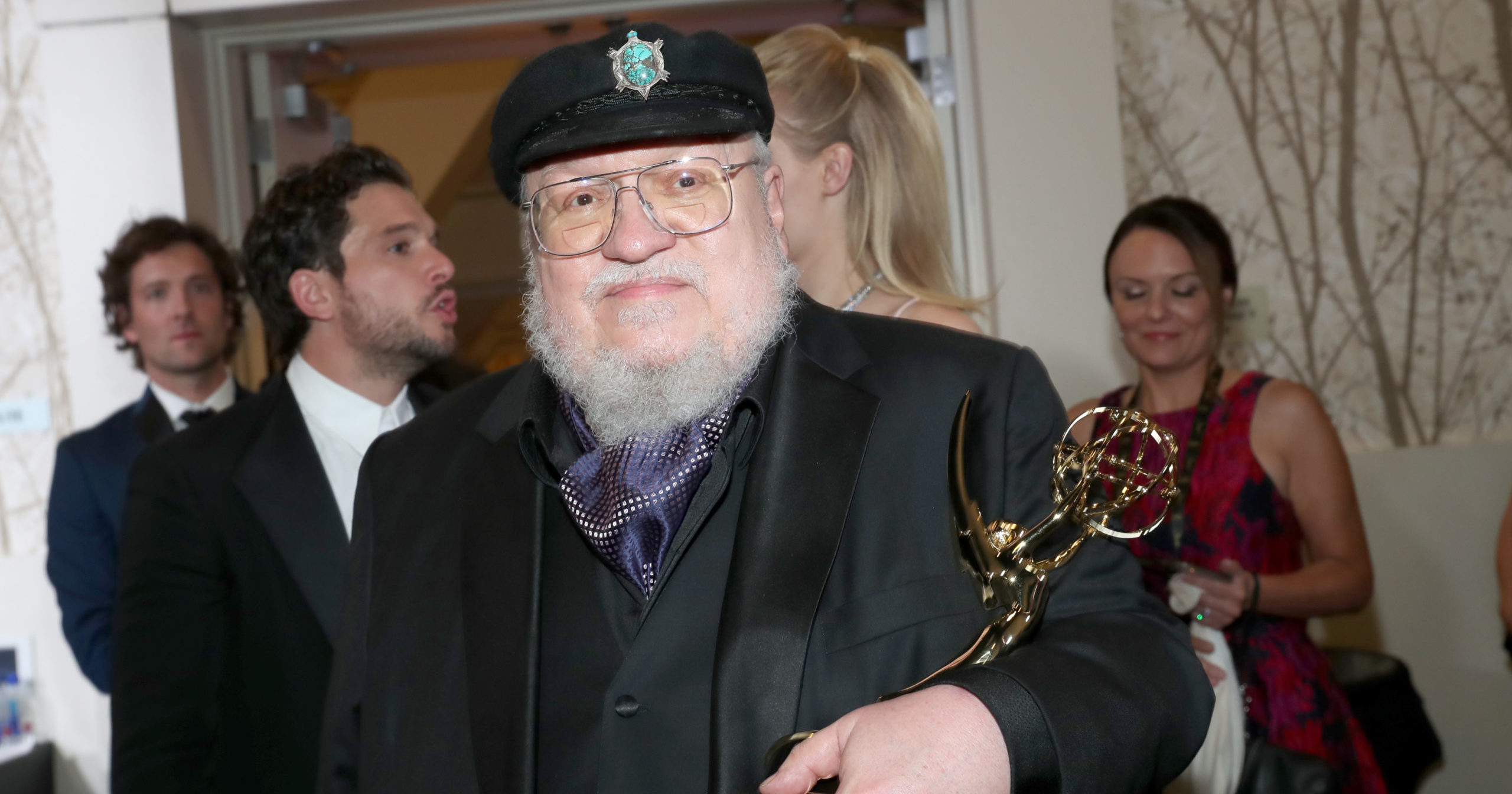 If you’re a Game Of Thrones fan, brace yourself, because the king of fantasy himself just made an announcement you won’t want to miss: instead of finishing the Game Of Thrones books, George R.R. Martin has said he’s just gonna stay rich AF and let these broke boys worry about dragons.

Whoa. Even if you were hoping he’d see the series through, you simply have to hand it to him: George is doing him and him only, no matter what his poor haters want!

In a statement released through his publisher Harper Collins, George R.R. Martin revealed that he no longer intends to finish The Winds Of Winter, or any other Game Of Thrones books at all for that matter, due to the big league nature of his bank statements. The author explained that he no longer felt the need to “write a fantasy when [I’m] straight up living one,” and that any GoT fans who feel disappointed by his decision to abandon the series should try making “Martin Money” sometime and see if they still care about dragons and swords and peasants that never even existed.

Check out excerpts of Martin’s statement below:

“Yeah, so a lot of people (broke boys, almost always) have been asking me, “What’s taking so long for the next book to come out, George? We’ve been waiting forever!” Well, if you really want to know, after years of sitting at my computer, typing up yet another Game Of Thrones book, I realized that my net worth is over $120 million, and that I can do whatever I want and buy whatever I want, whether I finish the series or not. Spending your life worrying about how A Song Of Fire And Ice wraps up is legit poor person behavior. That’s something you only do if you need money. Which I don’t. So, yeah, if you wear Amazon Essentials and spend your free time sweating about dragons I made up in my head, I’ve got bad news for you, ‘cause I’m done with all that. For real. Way done. You worry about dragons, and I don’t worry, because I’m rich as fuck. It’s that simple.”

Wow. Just wow. George isn’t even attempting to let his fans down easy. He really is too rich to give a crap!

“Tell you what, Winds Of Winter will come out when I need more money to support my lifestyle—which, judging by how nice my bank account is looking right now, is never, ever going to happen. I’m good. I’m set for life. The passive income I make off my side investments is more than you make in a year. I guarantee it. You buy paperback books, I buy real estate. We are not on the same level. When I see your tweets yelling at me all entitled-like, begging me to keep working on the series, all I see is jealousy. You look at me and wish you were me. Just admit it. I see right through you,” continues Martin’s statement, which grows increasingly boastful as the beloved author went on laying into readers who are too poor to ever understand what it’s like to have fuck-you money and then some.

“Oh, you enjoy your little book clubs, your Sunday evening get-togethers to watch major-budget shows based on my books? I throw “get-togethers” with my wealth managers and the celebrities who star in my shit (beautiful people, like, gorgeous women who are down to get buck-ass, full-frontal nude for a George R.R. Martin story, ‘cause that’s what people do to get near money like I have). I go to restaurants that charge $2,000 per head, and I don’t blink when I drop my AmEx Platinum, and that’s just lunch. So, yeah, I think I’m gonna keep living the good life and just forget about Westeros and all the idiots who live there forever. Y’all have fun reading escapist fantasy. I don’t need to escape anything. I’ve got money. Real money.”

Well, damn. George has officially put the battle for the Iron Throne behind him, and he truly doesn’t care what any of his fans have to say. While it’s sad that his epic series won’t ever get finished, it is nice to see someone unabashedly enjoy the fruits of their labor. Hey, if any fantasy author has earned the right to put down their work and just enjoy success, it’s him. You do you, George!