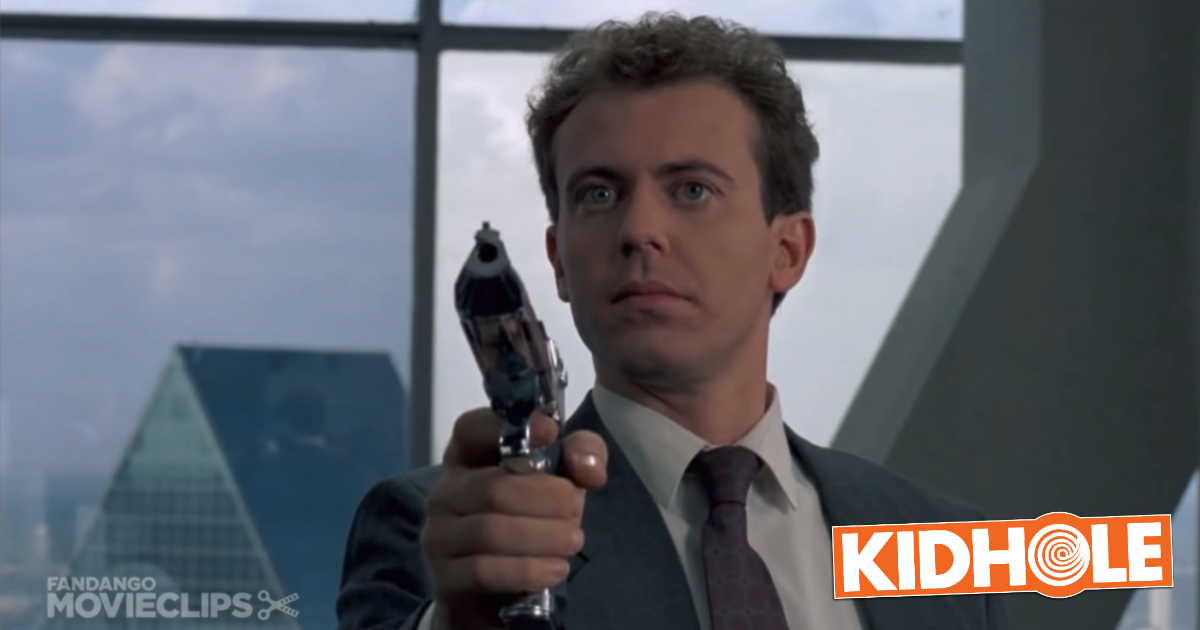 Psst, hey you, kid. Can you keep a secret? Well, then we’ve got something for you. It’s a eight-second clip of a movie called Robocop. Sure, you’ve seen lot’s of movies, but this one is different. This one is rated R. That stands for “restricted.” That means that only grown ups are supposed to watch it, but you can watch eight seconds of it here on KidHole.

Robocop is a movie about a futuristic policeman who is half man and half robot and it is the coolest movie ever made because Robocop has a gun that comes out of his leg. Normally, you’d have to wait until you’re 17 to watch it because there’s a lot of stuff in it that isn’t for kids, like motorcycles and explosions and Robocops. It’s even naughtier than PG-13 movies, so it’s pretty cool and rare for you to get an opportunity like this.

You’re probably really excited to click on the video and watch Robocop, but there’s a couple of rules we have to go over first.

The first rule is, if your parents find out you saw an R-rated movie, tell them you saw it on PBS. Don’t mention KidHole. They probably don’t think you’re old enough for Robocop yet, so they might call the police on us if they find out we showed it to you.

Rule three is, you’ve got to scream while you watch it to cover up the sound of Robocop. Don’t scream like you’re scared or your parents will come rushing in your room and find out you’re watching Robocop and you’ll get sent to live with your grandparents and KidHole will get fined one billion dollars. Just scream like you’re having a lot of fun playing with Legos by shouting “Legos!” or something. Just do not, under any circumstances, shout “Robocop!”

And the final rule is, be sure to tell all of your friends that you watched Robocop, because you’re going to be the coolest kid in school. Just don’t tell them what happened in the movie because it’s not really something kids should hear about. They can just watch it when they turn 17 like everyone else.

So, kid, you think you’re ready? Just remember, this ain’t Paw Patrol. This is Robocop, one of the coolest and most grown-up movies ever made. You’re going to become a lot more mature after you see this.

Here we go! Go ahead and click play, and get ready for one of the most mind-blowing experiences of your life!