So Cool: Amazon’s ‘Lord Of The Rings’ Show Features A Cameo By Jeff Bezos Playing A Hobbit That Gets Wrapped In Foil By A Troll And Cooked In A Campfire Like A Potato 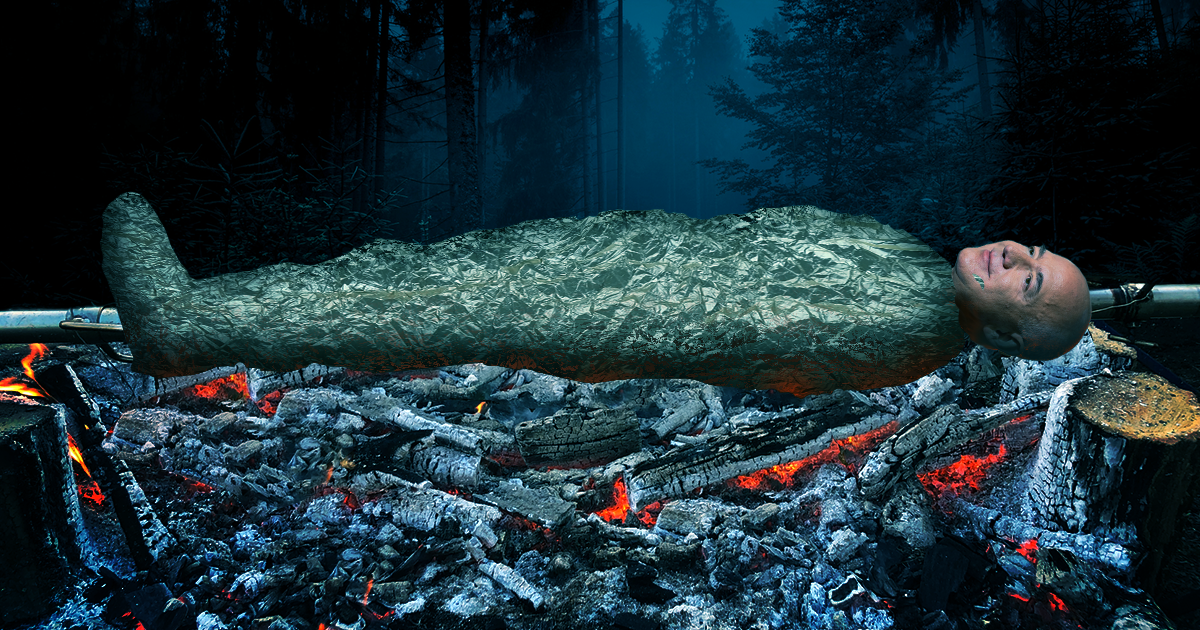 If you’ve been watching Amazon Prime’s new Lord Of The Rings show, you’ll want to know about this amazing, blink-and-you’ll-miss-it appearance by Amazon’s very own CEO: The Rings Of Power features a cameo by Jeff Bezos as a Hobbit who a troll wraps in foil and cooks in a campfire like a potato.

This is so awesome! As if this show wasn’t epic enough!

The amazing Easter egg occurs about halfway into the latest Rings Of Power episode, when Galadriel’s nighttime journey through a forest is interrupted when she encounters the camp of a gigantic, hideous troll, where a hobbit, played by none other than Amazon founder, Jeff Bezos, is being buttered up, wrapped in aluminum foil, and baked alive in hot coals like a campfire potato. Peering out from behind a tree, Galadriel briefly makes eye contact with the Bezos Hobbit, who simply smiles and waves to her as the grunting troll unspools a Hobbit-length piece of Reynolds Wrap-brand aluminum foil and wraps it around Bezos. With the troll sufficiently distracted for Galadriel to pass by undetected—and the Bezos Hobbit not protesting or making any indications whatsoever that he’d like to be rescued, just bobbing his head and lightly humming to himself—the Elven warrior mutters, “Interesting. Looks like a troll’s going to cook that Hobbit like a potato. I don’t have time to care about that.” Galadriel then flees the troll’s camp to continue her journey.

Moments later, the troll finishes wrapping the Bezos Hobbit, pokes a few ventilation holes into the foil, and unceremoniously dumps the foil-covered Hobbit into a crackling campfire. Immediately, the Jeff Bezos Hobbit starts to emit terrible, high-pitched shrieks of agony, which seem to echo throughout all Middle-earth as the camera follows campfire sparks floating into the night sky, drifting high above the forest canopy. The scene then cuts to an elf village hundreds of miles in the distance, where several elves eating dinner together suddenly hear Bezos’ blood-curdling screeches. “Sounds like a troll cooking a Hobbit like a potato,” remarks an elder elf through a full mouth, without much concern or interest.

Wow! If you’re a Lord Of The Rings fan, it really doesn’t get cooler than this!

Leave it to a visionary like Jeff Bezos to add “cameo as a Hobbit that gets roasted alive, like a potato” to his incredible resume! He’s living every Lord Of The Ring fanatic’s dream, and as the person whose money brought this beautiful show to life, he deserves a moment in the spotlight like this. If you’re not watching Rings Of Power, this moment alone should convince you to binge it ASAP!